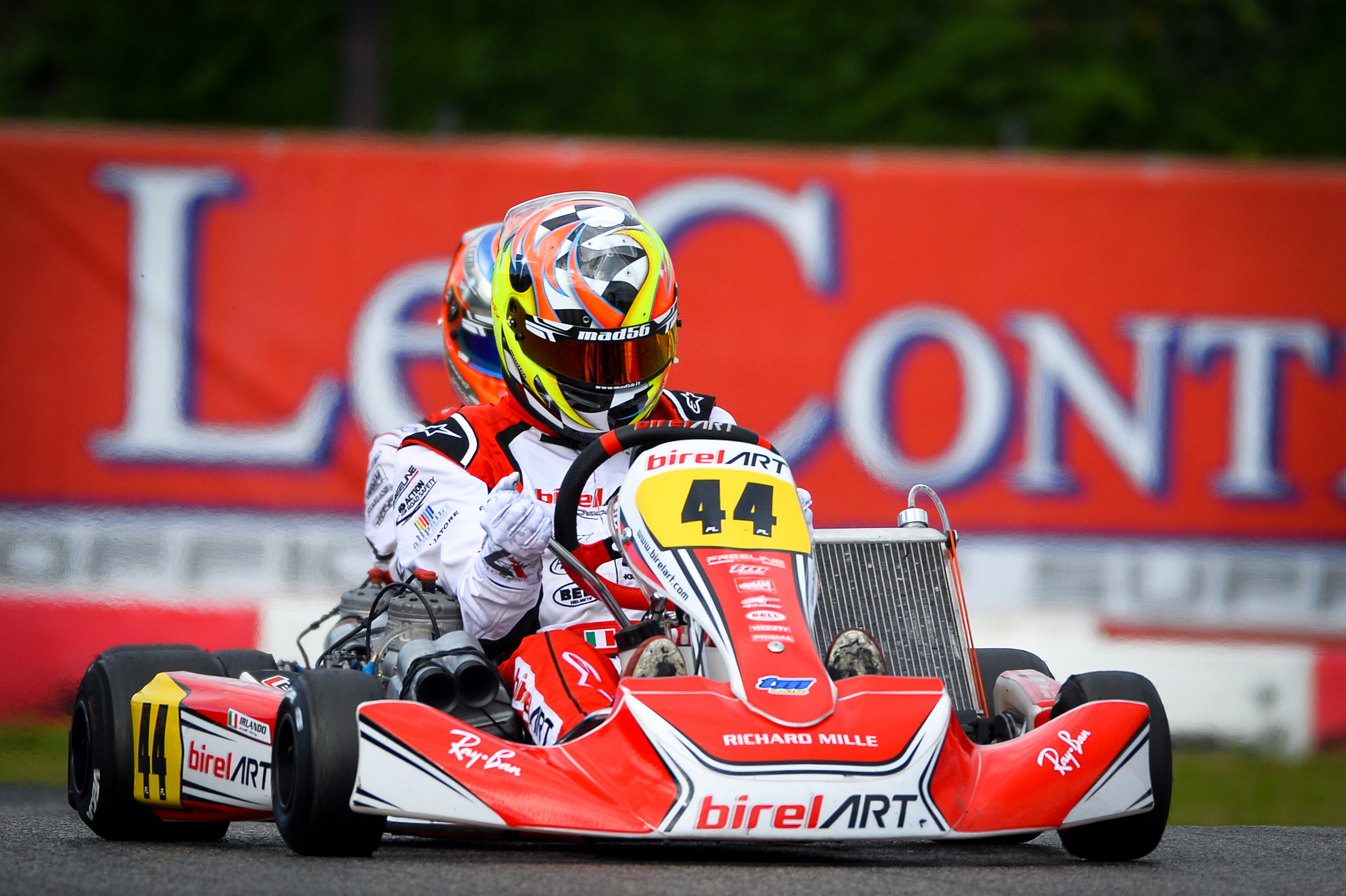 Alex Irlando sealed his own FIA Karting season with a comeback World Championship and the final top ten.

The Birel Art driver puts the spotlight on the FIA Karting season with the World Championship at South Garda Karting in Lonato. Irlando didn’t have an easy time in a weekend characterized by most of the weather conditions often confused between qualifying, heats and race.

Friday afternoon’s qualifying session conditioned Irlando’s course towards the challenge for the World Cup. A suboptimal qualifying lap for the Vice Champion of Europe confined to a lying 24th place compared to his potential, son of a wet track difficult to interpret. During the three heats at the heartbreaking and worthy of KZ, Irlando subsequently straightened his weekend by recovering enough positions to be in the first eleven positions on the starting grid of the final. A 14th, 13th and tenth place give an idea of the great sporting wickedness of the Apulian driver, focused on recovery.

The final on Sunday, then closed the 2020 World Cup not without twists and turns, judging by the start that was initially cancelled due to a minimum of heavy rain, but only in passing. After the start, Alex Irlando had to deal with the high pressure of the race and managed to maintain his position and finish in tenth position overall.

“It was a very complicated weekend due to the weather conditions to manage and interpret. With the heats we showed we had the potential to get back up and fight in the race. Thanks to Birel Art throughout the weekend, TM for the engines, our mechanic and all our sponsors”.