Léna Bühler, top 5 in the Spanish F4 Championship in Aragon! 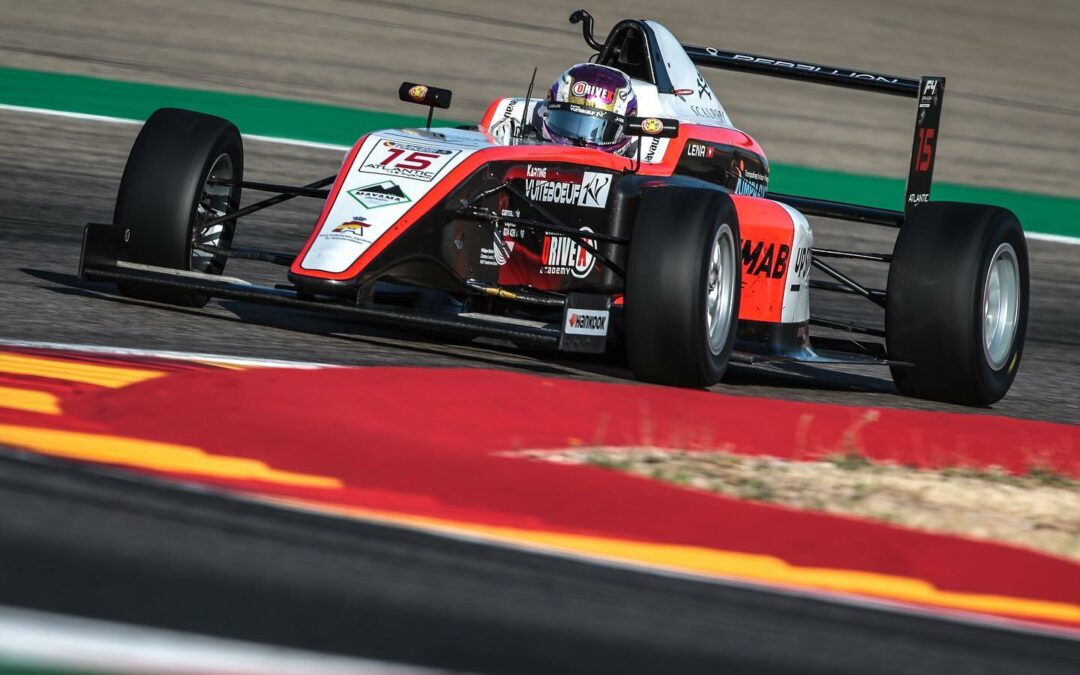 Lena Buhler had a very competitive and fast growing weekend in the Spanish F4 compared to some unlucky races. Lena finished in the top 5 at Motorland track in Aragón.

The Swiss driver of the Drivex team finally managed to be again very competitive as she had hoped in the eve of the race. Really a good performance for Lena, she was able to fight for the top positions in all the sessions of the weekend. Lena has done a great job since Saturday morning’s free practice where she managed to finish in eleventh and tenth position overall.

In the first qualifying session, Lena managed even better on her lap that allowed her to start from P8 on the first grid (best lap 2.01.047). In Race 1, the Swiss driver had managed to get off to a convincing start but just when she was fighting for fifth position, she was involved in the accident in turn one caused by the fight of her rivals which forced her to retire.

On Sunday, Lena immediately made a quick reset and was able to be competitive again. In the second qualifying, she finished her best lap in 2.01.4040, time enough to gain the ninth position. Also in the second race, Lena had great bad luck ruining her front wing in a race contact that forced her to the final P15.

In the third and last race of the weekend, Lena gave her all she had to do to finish with a great result that she deserved given her good competitiveness. Immediately after the start, Lena stayed out of trouble and was able to keep up her race pace and fight for fifth place again. With a battle to the death she risked a race contact again but afterwards, with great determination and an overtaking on the outside she managed to take the fifth position overall, her best result of the season.

“I am really very happy with the result of Race 3. It was a very competitive weekend but I was too unlucky in race 1 and race 3 even though they had a good race pace. Thanks to all the Drivex team and all my sponsors, now let’s see what we can do this weekend for round 6. We are ready”.