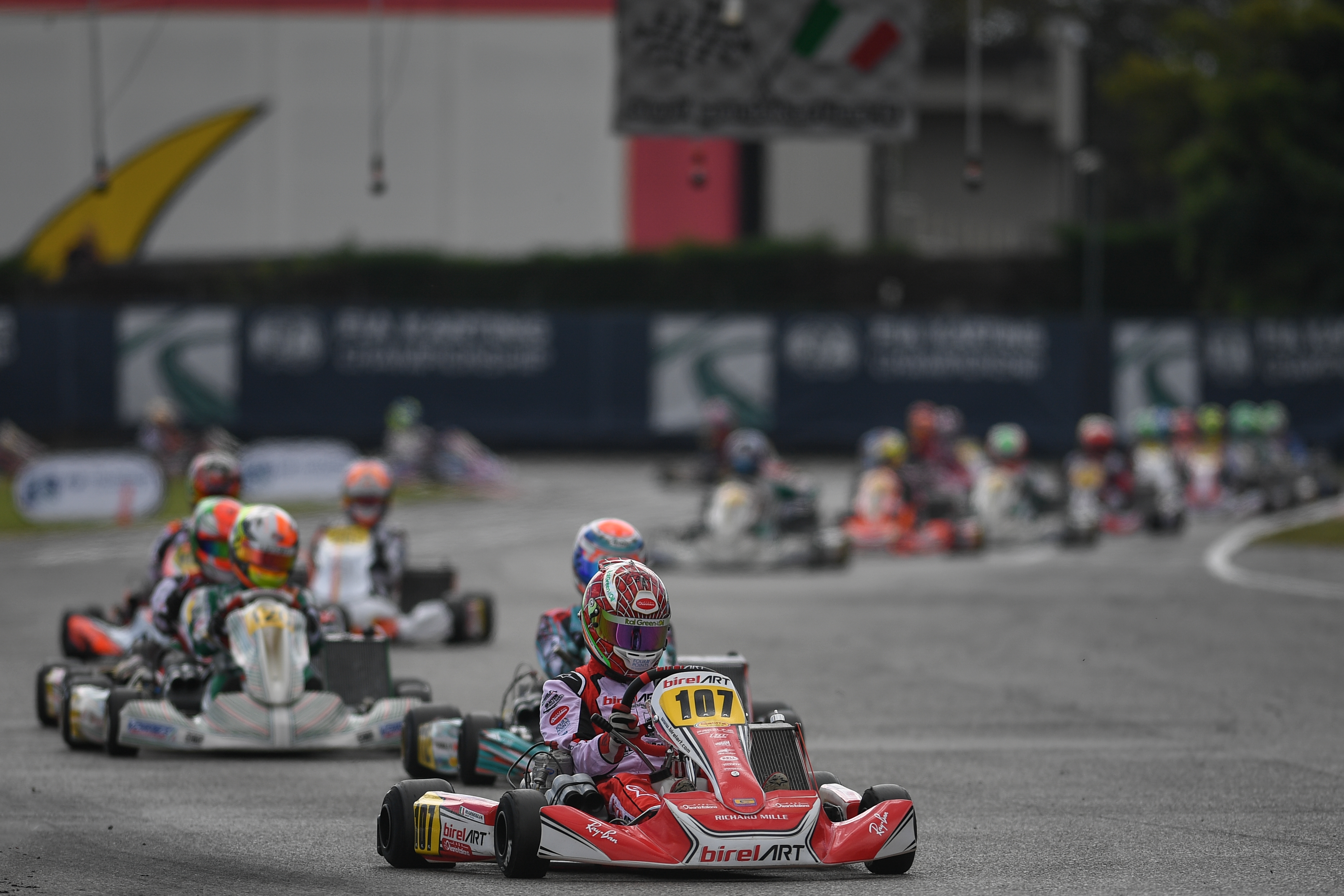 The Apulian driver, Birel Art, has completed a weekend of the highest level at the World Championship in Lonato. Fourth place overall for Marseglia in the International Super Cup KZ2.

The weekend just spent at South Garda Karting meant positivity and competitiveness for the Apulian driver, constantly in the top positions of the category, confirming the great growth process in the queen class of kart racing. Marseglia has shown once again during this season that it is able to manage and compete for the positions that count in the queen class of karting.

Leonardo had already taken the right path during the free practice in Lonato, characterized as the whole event, by the incessant rain or the beating sun. An intermittence of conditions that was annoying for everyone, which Marseglia was able to manage together with the team and immediately found the right feeling in both conditions. During Friday’s qualifying, however, he didn’t have an easy time in his timed laps, thanks to a track that struggled both to dry and to get completely wet. Twenty-fifth overall time for Marseglia and fifth in Group A with the best lap in 54.940.

The Birel Art driver then gave his best on Saturday and Sunday morning with the arduous task of recovering as many positions as possible on the final starting grid. Marseglia made a great comeback from the tenth starting place in the heats, closing respectively with a sixth, a second, two thirds and a fifth final place which, added together, allowed the Apulian driver to grab the second starting row for the Final of the International Super Cup KZ2.

Starting from fourth place, Marseglia immediately gave battle in the first laps of the race for the podium positions. A fierce fight with his rivals then engaged the Italian throughout the race, carried out in an intelligent manner without risking penalties for the spoiler’s release and not even race contacts that would have led him to retire. A race conduct worthy of a World Championship, concluded by Marseglia in fourth place overall, thus keeping the starting position close to what could have been a more than deserved podium.

Leo: “I am satisfied with my weekend, we did all the right things together with the team and in the end the result rewarded. I wanted to get on the podium but these are the races, anyway we know we are very competitive and for this I thank my Birel Art team, my mechanic Antonio and Galiffa Kart for the engines. A special thanks also goes to all my sponsors who support me. I would also like to thank my family, my friends for their support, my school, the “Fermi-Monticelli” State Scientific High School in Brindisi, the School Manager Stefania Metrangolo with all my professors who give me the opportunity to continue my double career in school and sport. Once the World Cup is over, I will begin my journey towards my next big goal: the final exam!”

This will be followed by updates on the competition calendar for the end of 2020.