A challenging and competitive 2020 for Leonardo Marseglia 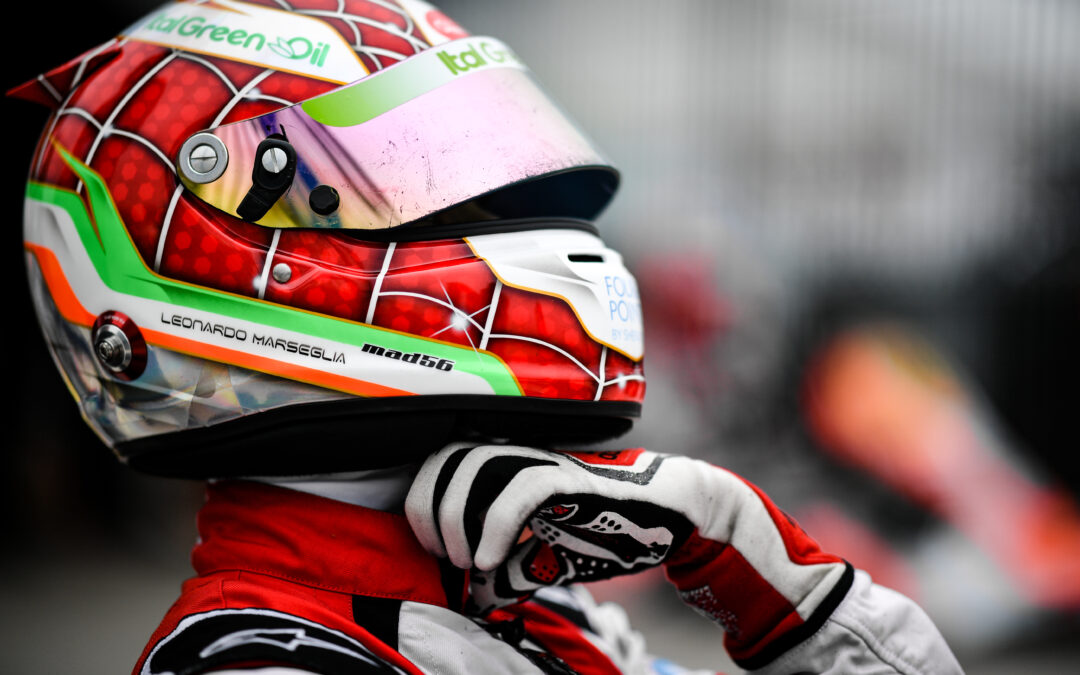 The year that the motorsport has had to face was certainly among the most abnormal in history with a break too long that, in the end, led to the long-awaited return to the track with all the races concentrated and recovered in a few months. Leonardo Marseglia has been able to face at best a situation that would have destabilized anyone, especially in the first years in a selective category and without concessions as the KZ2.

The Apulian driver has made the most of all the experience he has accumulated, also and above all in the lockdown period where keeping his morale high and continuing his training was the secret weapon to present himself at the starting blocks in the best possible way. Marseglia, in fact, did not disappoint the expectations in the many races in which he took part with the flagship of the European Championship and especially the World KZ2 Championship. Both in the continental and in the world championship, Leonardo has brought home noteworthy performances, especially worthy of the first places in the category. After the seventh place overall in the FIA European Championship, the most important race for the young kart driver was undoubtedly the one in the KZ2 World Championship, not only for the fourth place in a comeback but especially for the whole management of the weekend, of the weather conditions and of the high level of competitiveness achieved.

– Leo, what kind of season was it in 2020 and how do you evaluate it as a whole?
«On the whole I would say more than positive. I put a lot of effort into getting to the races in the best possible condition. I’m sure I could have brought home something more, but I’m not complaining and I’m already thinking about the next races».

– The quarantine period has delayed the start of the season a lot. How did you deal with it and how did you keep yourself in training?
«Let’s say that I didn’t really change my training method much but I definitely never lost sight of it. I left a lot of room in the gym, running regularly and other workouts that were more focused on riding. In the months without racing, this definitely helped to keep my focus and also my feeling, even though racing was still a long way off!». 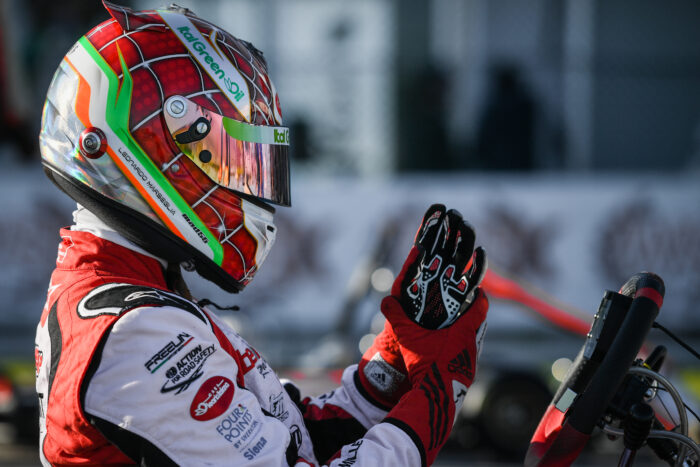 – Your various season-long progress allowed you to finish a World Championship as a star. Tell us about the feelings of that weekend and the final.
«The World Championship was an appointment I was waiting for and where we finally managed after all the efforts to be really competitive. I immediately found speed from the very first days, both on dry and wet track. Qualifying was difficult because during my session, the track was drying out and in some sections it was more dry than wet. From the first heat onwards, luckily the weather stabilized and I was able to express my full potential in both conditions, so that I qualified fourth for the race. During the final, it was a continuous fight and even though I lost a few positions at the start, I managed to get back to fourth place, even though the podium was within my reach. When we got to the weigh-in, at first I wasn’t very satisfied… afterwards I really realized my placing and I changed my mind, it was a strange but nice thing in the end».

– The year 2021 is just around the corner, what do you expect from the new year and what awareness and goals will you start with?
«As far as awareness is concerned it’s hard to say now, for sure I know I can be very competitive and have even more experience than at the beginning of 2020. I can say I am confident and the goal will be to improve on what we have already done. For other news we should wait for the first seasonal tests».

«I would like to take this opportunity to say a big thank you to both my family and my friends. Although all the races were inevitably behind closed doors, they supported me from a distance as if they were on the track! This was also definitely doubly difficult unlike past years. I would also like to thank the Headmaster Stefania Metrangolo of my school, Fermi-Monticelli High School, who together with my professors give me the opportunity to pursue a sporting career as well as a scholastic one, year after year!»