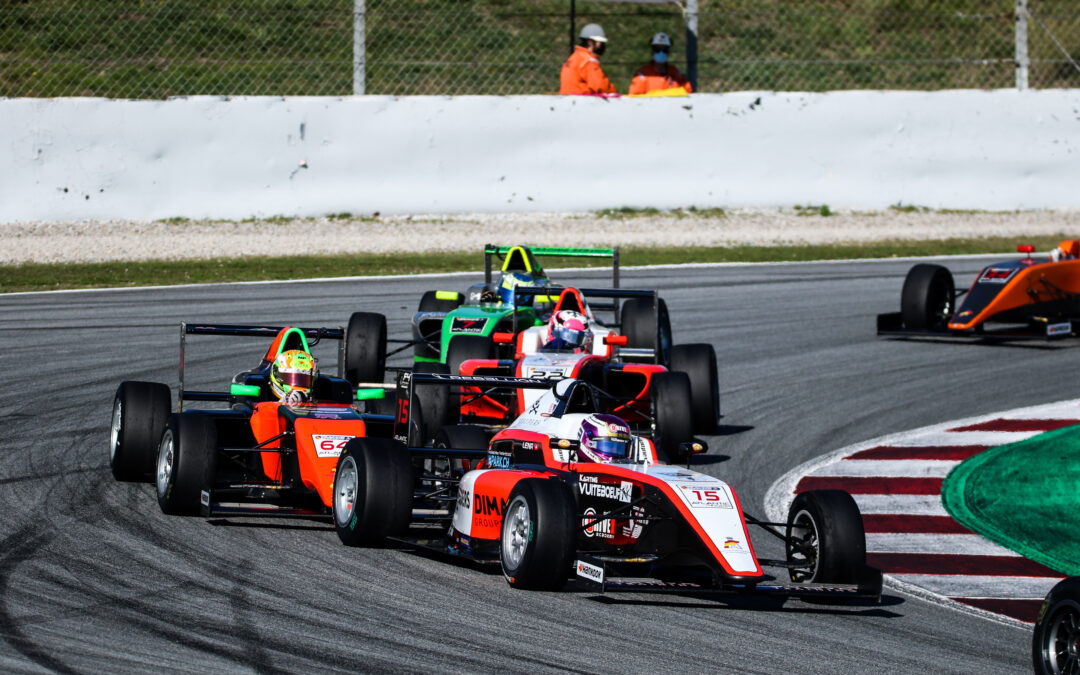 Léna Buhler’s 2020 season ends on the Barcelona circuit, the last round of the Spanish F4 Championship.

The Drivex driver, even in the last round of the season on the calendar, proved to be very competitive in the management of the whole weekend.

Already in the pre-race tests, Léna had shown good speed on the historic Montmelò circuit, setting good laps. In the first free practice sessions, in fact, the Swiss driver had finished in ninth and sixth position.
On Saturday, Léna Buhler faced the first official qualifying session with her best lap in 1.46.905, valid for the eighth place on the starting grid. In the first race of the weekend, she then fought hard in the top ten and finished tenth overall.

On Sunday in Barcelona, the driver has closed the 2020 Spanish F4 season with the last qualifying and the last two races. In Qualifying 2, Léna had closed the session with the twelfth time. In the second race, Léna returned to her best performance, recovering throughout the race and then finishing with a good fifth place, matching her best result of the season.

In the last race of the weekend, unfortunately, the start penalised Léna who was forced to recover from the back of the group to twelfth position, confirming her good race pace.

Lèna: “It was a good weekend in general. We had a good speed all weekend. The surface of the track and a bit abrasive the hardest part was keeping the tyres in good condition. It’s not the end result I wanted, I learned a lot during this year. I made some mistakes and I was unlucky. The rhythms were present throughout the year. But I am very happy with the progress and some results. The project fro 2021 would be to drive in the Alpine European Regional Formula Championship – certified by the FIA and look for some sponsors”.